Disclaimer: Matt McDaniel, the author of this piece, is a candidate for the First District City Council Seat in Baltimore City. Mr. McDaniel is not a constituent of any of the persons discussed in this article. This article is not meant as an endorsement of any candidate and is meant solely for the purpose of political analysis. The campaign site can be found here.

Here’s a brief snapshot of the statistics for each of the candidates on the Democrat side: 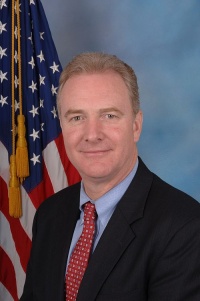 Years in the House: 12 (Prior- MD State Senate, MD House of Delegates) 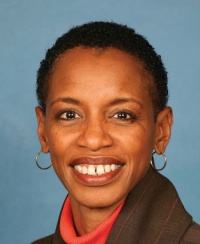 Years in the House: 7 (Prior- DC Superior Court Judge)

Additional: By votes the most liberal member of Maryland’s Congressional delegation, lowest rating of delegation for working with the Senate, bottom 5% of all Democrats for working in a bipartisan manner. 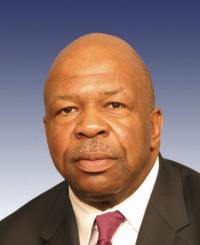 ears in the House: 19 (Prior- MD House of Delegates)

Additional: Highest rating in Maryland’s delegation for working with the Senate, most laws enacted among the Maryland delegation, supported all Government Transparency bills.

ANALYSIS OF THE RACE

The smart money on the Maryland Senate race has been a losing proposition since word started to leak that Barbara Mikulski was not going to seek reelection. As I mentioned in one of my first posts on the topic, the most interesting candidate for the Maryland Senate Seat should have been former Governor Martin O’Malley. O’Malley’s presidential ambitions have been clear for years, but, given the poll numbers and his generally dismal performance on the campaign trail (not really blaming him, he’s going up against the Clinton Brand), O’Malley should have put all of this focus onto a run for the Senate. If he had won the seat, he could have built up some statesmanship and made a run for the White House in 2020 or 2024 (he’s certainly young enough to wait). Running for President as a two-term-governor-turned-two-term-senator would be a pretty powerful launching platform. I still think that Mikulski announced her resignation early before O’Malley had the time to retool his run to focus on Maryland. If O’Malley fails in his bid for the White House in 2016, I’d expect a run for Senator Cardin’s seat when it comes open.

The next “smart money” pick was that Representative Van Hollen was not going to run for Senate. The reason behind this thought was that Van Hollen was one of the rising stars among House Democrats. Seen as a protege of Steny Hoyer and as a likely replacement for Nancy Pelosi (whose ties to Baltimore are well-known), Van Hollen was a few years away in the House from considerable power. Already the ranking member on the Budget Committee, Van Hollen had considerable clout in DC. Ambition aside, the most likely reason that Van Hollen would run for Senate is the calculation that the Republicans will maintain the House for the better part of the next decade. Therefore, his chances of being Speaker of the House any time soon are not very good. A senate run also elevates him over John Delaney (MD08), who is looking for a gubernatorial bid in 2018.

With both Van Hollen and Donna Edwards in the race (that’s a quarter of Maryland’s House delegation) and not running for reelection, it was looking more and more certain that Elijah Cummings may sit this race out and wait for Ben Cardin’s seat to come open (probably in the next cycle). However, contrary to that idea, Cummings has begun hiring fundraising staff and putting a Senate bid together. Some of this is likely because of internal polling that shows the Baltimore Democrat out in front of both Van Hollen and Edwards.

Here’s the interesting point about what this Senate race will mean for the Democrats: Does Baltimore City control the Maryland Democrat Party, or has the balance of power shifted to Washington DC? This question was evident in the voter apathy in Baltimore during the gubernatorial race where Republican Larry Hogan did surprisingly well even in Baltimore City.

Cummings, a powerful Baltimore figure and a prominent member of the Congressional Black Caucus, will be going up against Van Hollen, whose district is primarily DC suburbs. The interesting wrinkle in this story is to what extent Donna Edwards’ Prince George’s County base will play in siphoning votes from either Van Hollen or Cummings.

While it would be foolish to write off Donna Edwards, a glance at the fundraising numbers for the three shows Edwards lagging behind. Edwards will have to get some powerful numbers in order to break into the Baltimore market to get out of Van Hollen’s shadow in the DC area. The rumor that John Delaney endorsed Donna Edwards is an interesting development in a race where Van Hollen seemed to be picking up all of the major Party endorsements. It will be interesting to see what figures will endorse a run by Cummings.

AND A WORD ABOUT THE REPUBLICANS

At the moment, the most serious contender of the Republican side for the Senate seat is business advocate and former Ehrlich attorney, Chrys Kefalas. To me, Kefalas’ campaign is hitting all of the right notes to appeal to Maryland voters. A native of Greektown in Baltimore City (in a district of the City that was carried by Governor Hogan in his 2014 election bid), Kefalas is making a play to unite the disparate interests of Baltimore City and Washington DC. 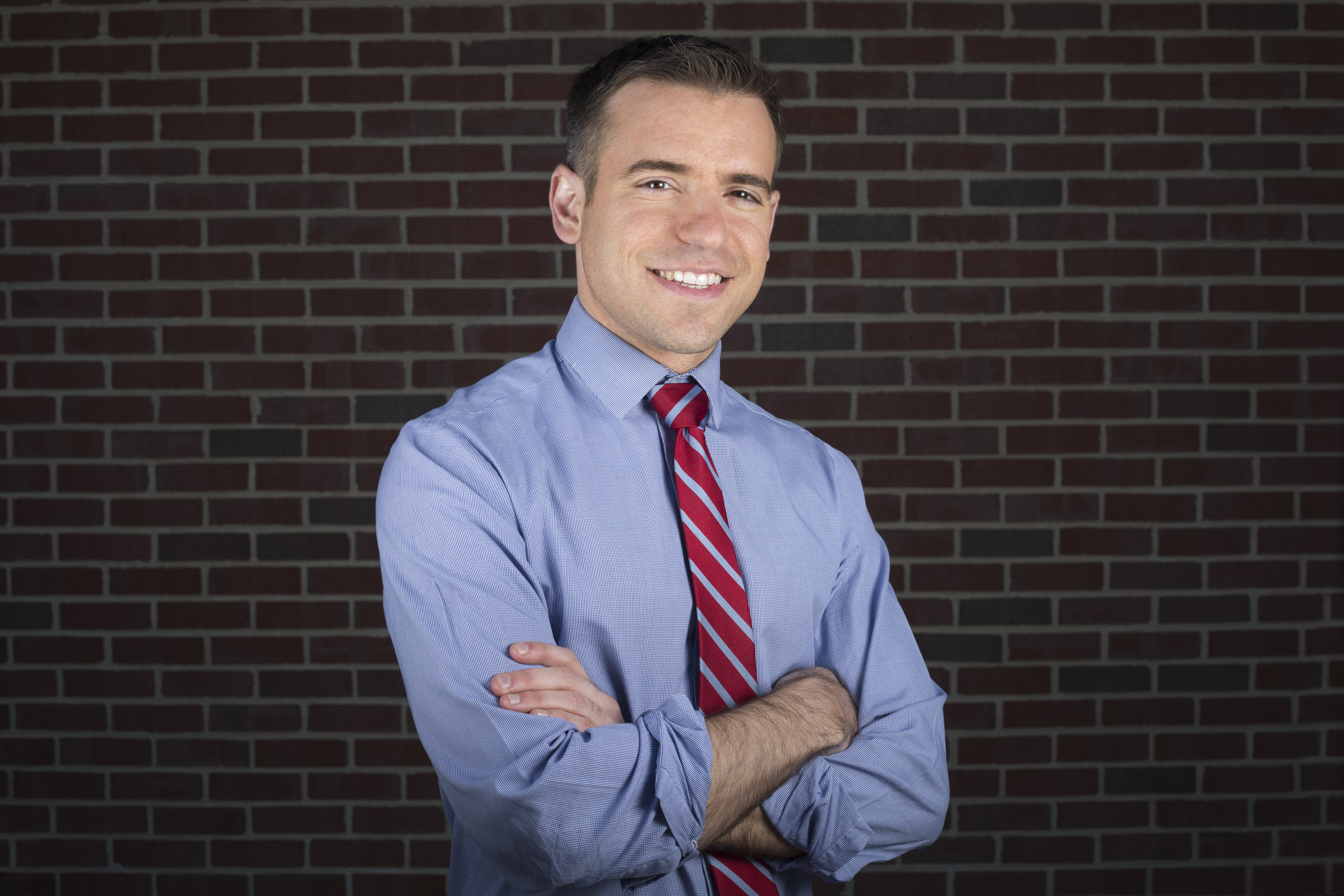 A consistent and outspoken voice on social media about the violence plaguing the streets of Baltimore (note that at the time of writing this article, Baltimore has had more murders in 2015 than New York City, a city 13.5x larger than Baltimore). Kefalas is also doing what he can to reach out to the DC professional community. Like Governor Hogan before him, making economics the centerpiece of a plan to enhance the lives of Marylanders is a winning strategy.

With the Democrat race, especially with Cummings’ likely entry, looking to be a bruising fight over geographic superiority, a candidate like Kefalas who is working to unite Maryland may look more appealing than a Balkanized Democrat.

Unlike prior Republicans put forward for US Senate, Kefalas’ strong stance on economic issues and his private industry experience look to make him an interesting voice in an election that, both locally and nationally, seems to be headed towards a referendum of “career politicians.”

By Maryland law, candidates for office have until February 3, 2016 to file to run. With over five months left before the “official” primary season, much of the foregoing is speculation. However, if the numbers and predictions hold, it looks to be an intense primary for Democrats with some of the heaviest hitters in their Party battling for the nomination. It will be impossible (as Van Hollen and Edwards have already made clear) to run for Senate and for the House. Therefore, if Cummings enters the race, Maryland will see three major politicians deciding to wager everything on a Senate bid.

With the amount of dust kicked up and shots taken on opponents, it’s unclear how much the waters will settle for Democrats between the April 26, 2016 primary and the General Election on November 8. While that seems like a long time, the memory of dirty tricks, back-room politics, and deceit will likely take longer than an election cycle to diminish. If a Republican with a solid plan to unite Marylanders and grow the economy is able to capitalize on the likely war within the Democrat Party, there is a possibility that the seat could flip.

It seemed “impossible” in 2013 to think that a Republican would take the Gubernatorial Election in 2014. Ask Republican Governor Larry Hogan about what’s impossible in Maryland politics.